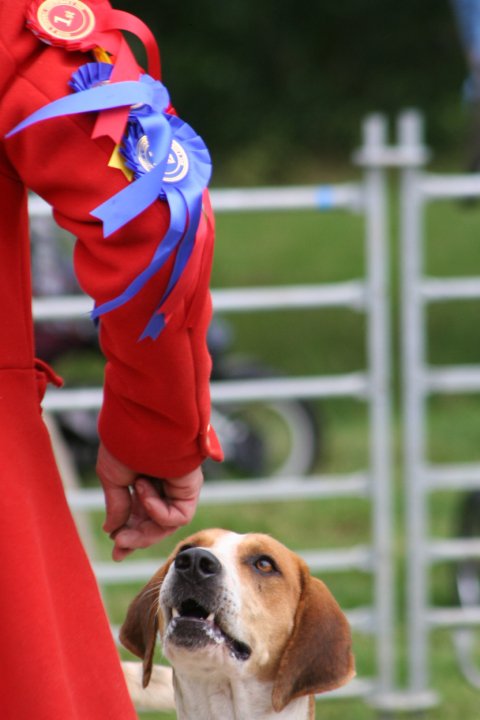 History of The Tetcott Hunt

It is documented that the Arscotts hunted what became the South Tetcott and Tetcott countries from 1650 and later Rev John Russell from Swymbridge on Exmoor and Mr Coryton from the East Cornwall hunted the country, but it is to Mr Calmady we look to give us a start with the Tetcott as we know it today. Until 1896, Mr Calmady kept hounds at Tetcott. He gave up due to age in 1896 and the country and hounds were divided between Mr Scott-Brown of Buckland Filleigh and Mr George Brendon of Broomhill, Stratton, each taking half. Mr George Brendon moved his hounds to kennels at Broomhill (the building is still there today) and Mr Scott-Brown moved his hounds to Buckland Filleigh and kennelled them at West Lodge. Mr George Brendon retired in 1904 and his son Rundle stood in until his fathers death in 1906, when Mr Halifax and Mr Calmady-Hamlyn took on the mastership, moving the hounds to empty kennels at Tetcott. This was the first time the hounds were known as the Tetcott Foxhounds. Mr Halifax and Mr Calmady-Hamlyn remained masters until 1912 when Capt Lloyd and Mr Shuker took on the mastership and Charlie Wooldridge joined the Tetcott from the Lamerton. On the outbreak of war in 1914, Capt Lloyd returned to the army and Mr Shuker gave up the mastership, which was taken on by D T A King and Mr A Thynne, who moved hounds to Newacott where they remained during the war years. Capt Lloyd was killed during the war (as was Mr A Thynne) and Newacott was sold. Hounds were then kennelled for one season at Crimp. During Dr Kings mastership new kennels were built at Weekstone, Pancrasweek, and hounds moved there. Hounds were then moved to new kennels at Rowden, Kilkhampton in 1977 when the property was purchased from Mrs Millar after Weekstone was sold.

The aim of the website is to promote activities within the Club to our Members and a wider audience.

The Supporters Club is the social and fundraising arm of the Tetcott Hunt. We have a varied membership and  over the year we put on a diverse series of events.

Any suggestions for improvement or articles you would like to see published are most welcome.

We would dearly like to borrow any old photos and information you may have from The Tetcott, please contact [email protected]